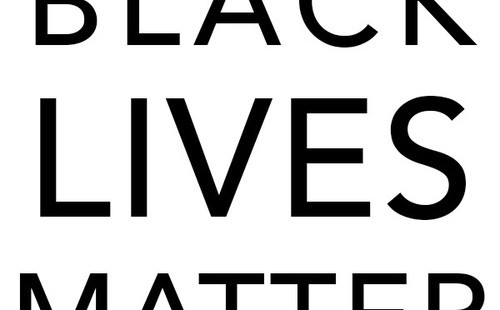 In 2014, we saw rage and resistance sweep across the country and we’re humbled to step into 2015 with a resolution to continue fighting for racial justice and the #BlackLivesMatter movement. We want to begin by honoring the black queer women who created #BlackLivesMatter: Alicia Garza, Patrisse Cullors, and Opal Tometi, who created it as “an affirmation of Black folks’ contributions to this society, our humanity, and our resilience in the face of deadly oppression.” (Check out the herstory of #BlackLivesMatter in Alicia Garza’s article.)

We’re excited to see climate justice organizers making the connections between the climate crisis and police violence (see Deirdre Smith’s article), and we must continue to offer our bodies, skill sets, and resources to the growing Black Lives Matter movement. As a matter of taking one of many necessary steps in solidarity with #BlackLivesMatter, Maypop has signed on to these visionary demands coming from organizers on the ground in Ferguson:

OUR VISION FOR A NEW AMERICA

WE WANT JUSTICE FOR MICHAEL BROWN. WE WANT FREEDOM FOR OUR COMMUNITIES

We Want An Immediate End To Police Brutality And the Murder Of Black, Brown & All Oppressed People

Every 28 hours a black person in the United States is killed by someone employed or protected by the government of the United States. Other communities are also criminalized, targeted, attacked and brutalized. We want an immediate end to state sanctioned violence against our communities.

We Want Full Employment For Our People

Every individual has the human right to employment and a living wage. Inability to access employment and fair pay continues to marginalize our communities, ready us for imprisonment, and deny us of our right to a life with dignity.

We Want Decent Housing Fit For The Shelter Of Human Beings

Our communities have a human right to access quality housing that protects our families and allows for our children to be free from harm.

We want an end to policies that criminalize our young people as well as discriminatory discipline practices that bar access to quality education. Furthermore, we want all children to be able to access free, quality education. Including free or affordable public university.

We want an end to the over policing and surveillance of our communities. This will hasten an end to the criminalization of black and brown people and hyper incarceration everywhere. Policing in the United States has historically helped to enforce racist laws, policies and norms. The result is a massive prison industrial complex built on the warehousing of black people. We call for the cessation of mass incarceration and the eradication of the prison industrial complex all together. In its place we will address harm and conflict in our communities through community based, restorative solutions.

A member of Maypop, Alexa Ross, went to Ferguson during the mobilization weekend in October. Here is a compilation of videos she took during that weekend:

To take a step in solidarity, take the New Year’s Revolution Pledge at fergusonaction.com

With love, rage and hope,