Zein Nakhoda offered the below testimony to the Philadelphia City Council’s Special Committee on Energy Opportunities Public Hearing on March 13, 2015 as a member of the Maypop Collective for Climate and Economic Justice and 215 People’s Alliance. Philadelphia’s energy future and END_OF_DOCUMENT_TOKEN_TO_BE_REPLACED 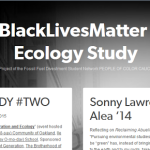 Check out the Divestment Student Network POC Caucus’ study on #BlackLivesMatter & Ecology exploring the intersections between Black Liberation and Ecological Justice. Zein and Sachie helped coordinate the study with other members of the Caucus Core. Find curriculum and reflections END_OF_DOCUMENT_TOKEN_TO_BE_REPLACED 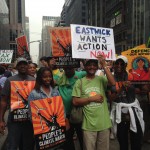 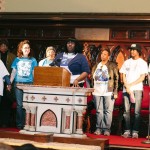 A couple Thursdays ago I woke up to a barrage of texts and emails: “Hanger is withdrawing from the race!” I opened my computer to vet the rumors: “Former DEP Secretary John Hanger will end his campaign for governor today END_OF_DOCUMENT_TOKEN_TO_BE_REPLACED