7:30AM: Will, Alexa, and Zein greet the dozens of buses arriving from frontline communities the Climate Justice Alliance supported to get to New York. Welcoming folks to the city on a bus’s intercom and giving them directions to their spot at the front of the march is actually quite fun. Meanwhile, Sachie, Hannah, and Dinah work security for the Climate Justice Alliance, receiving frontline groups at the front of the march.

10:30AM: Will greets the second of 4 buses from ACTION United Philadelphia 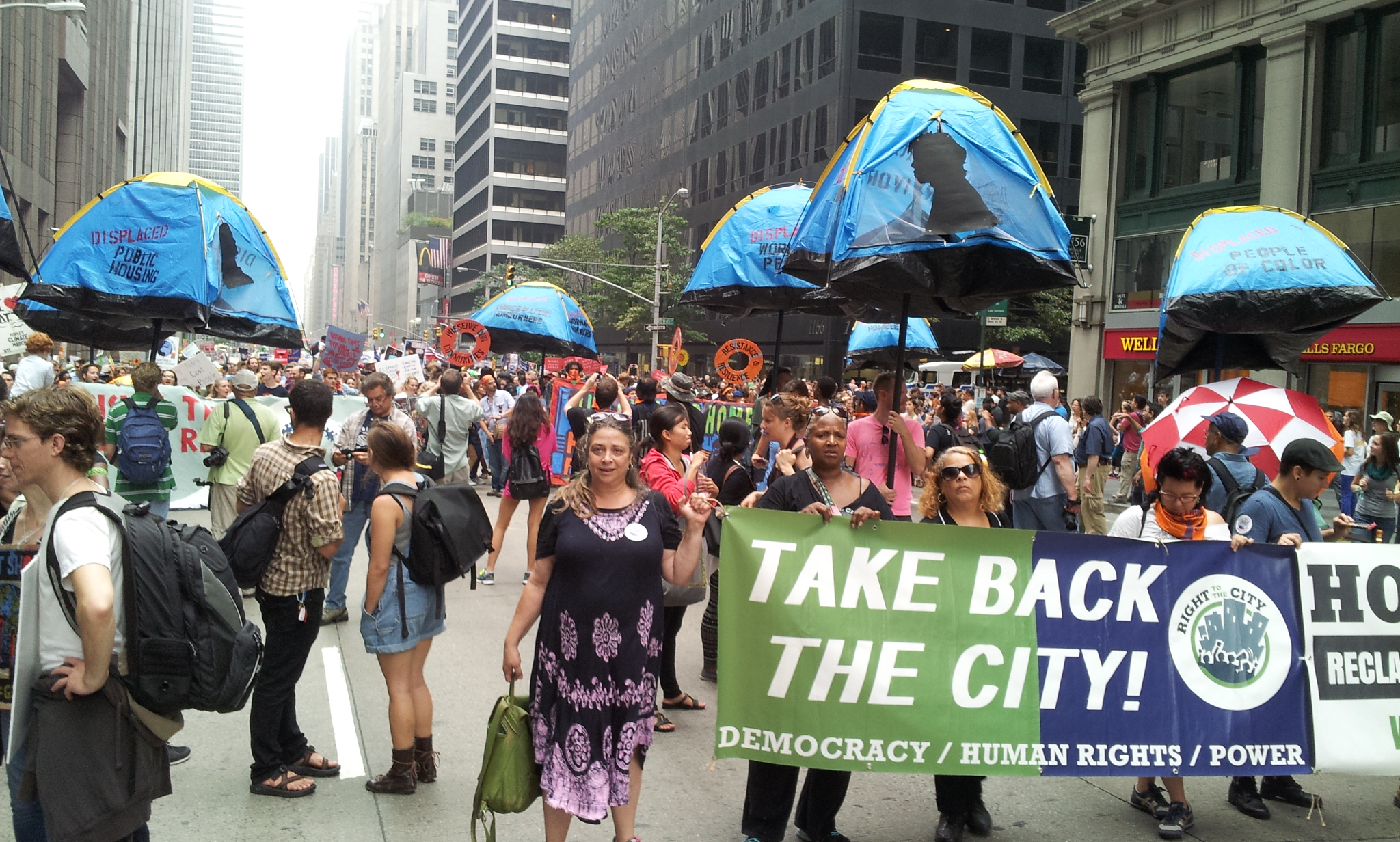 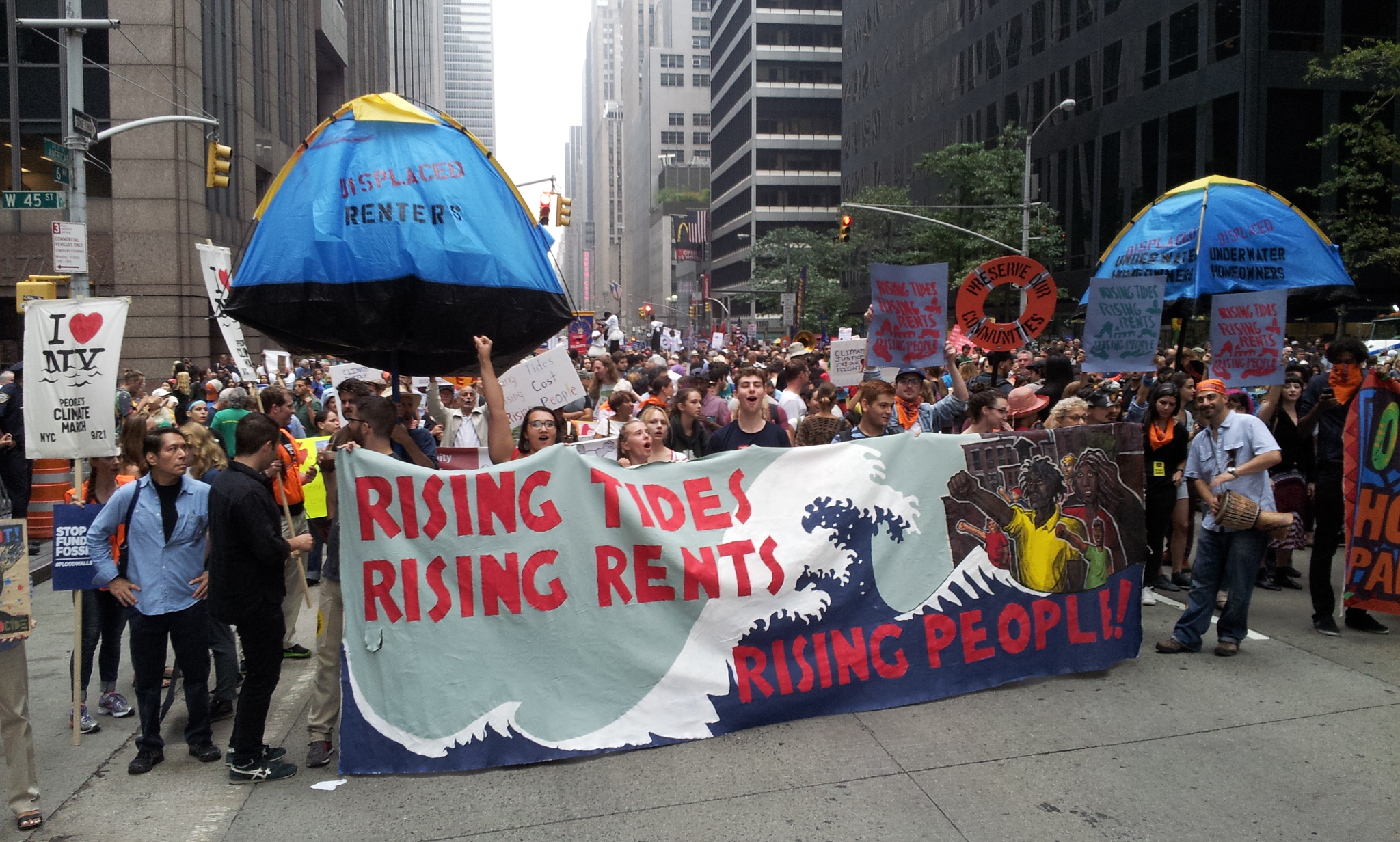 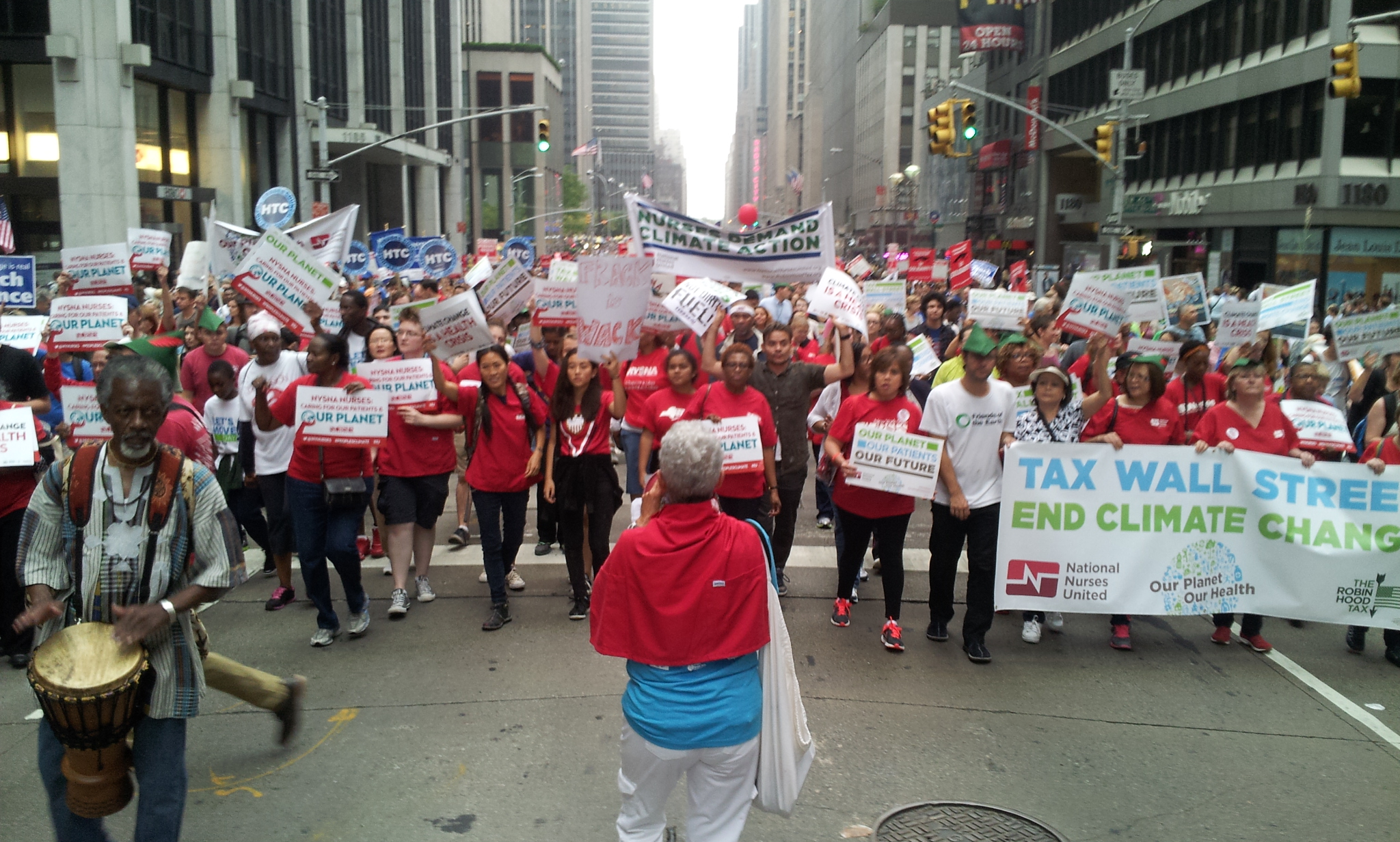 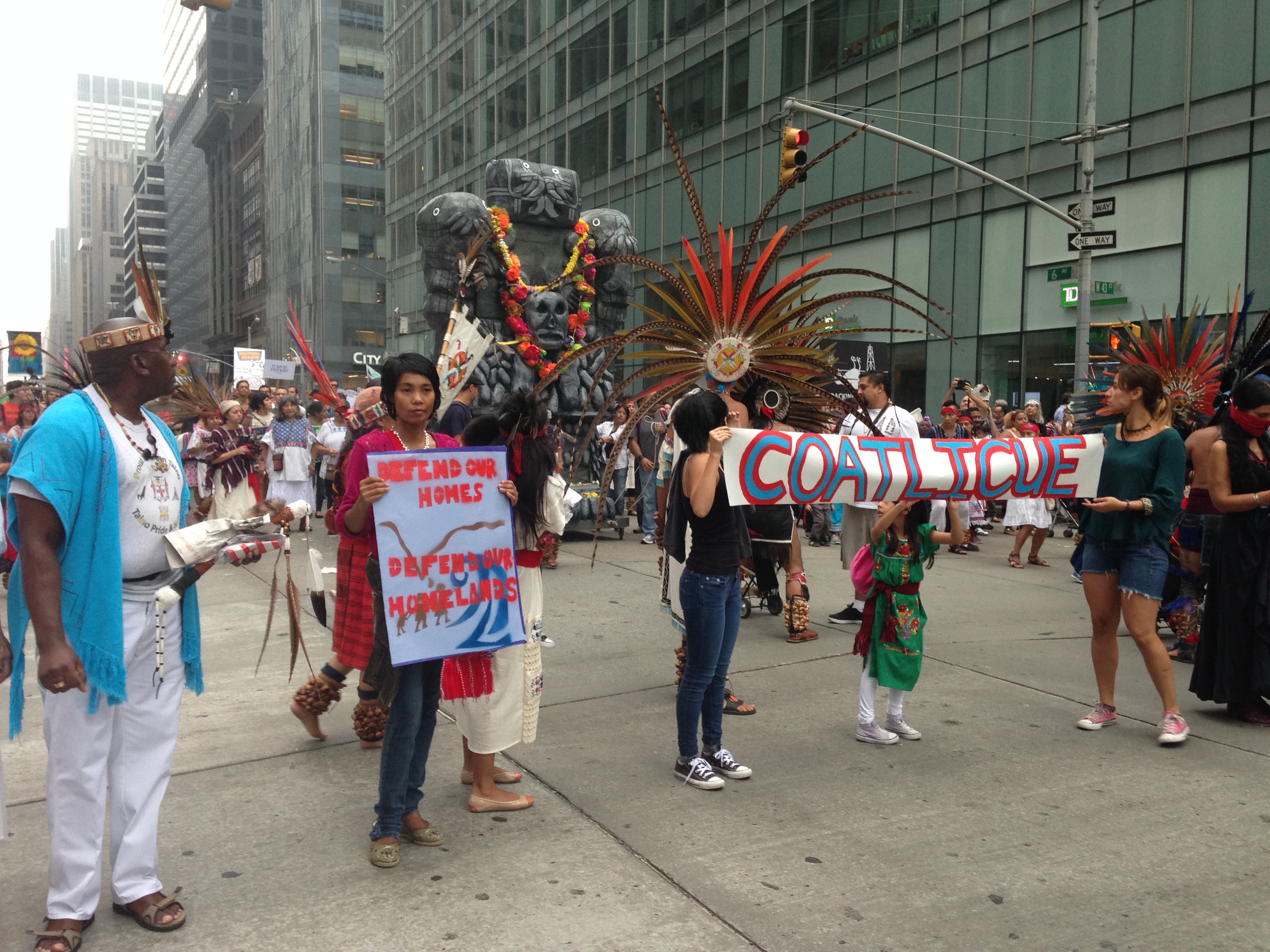 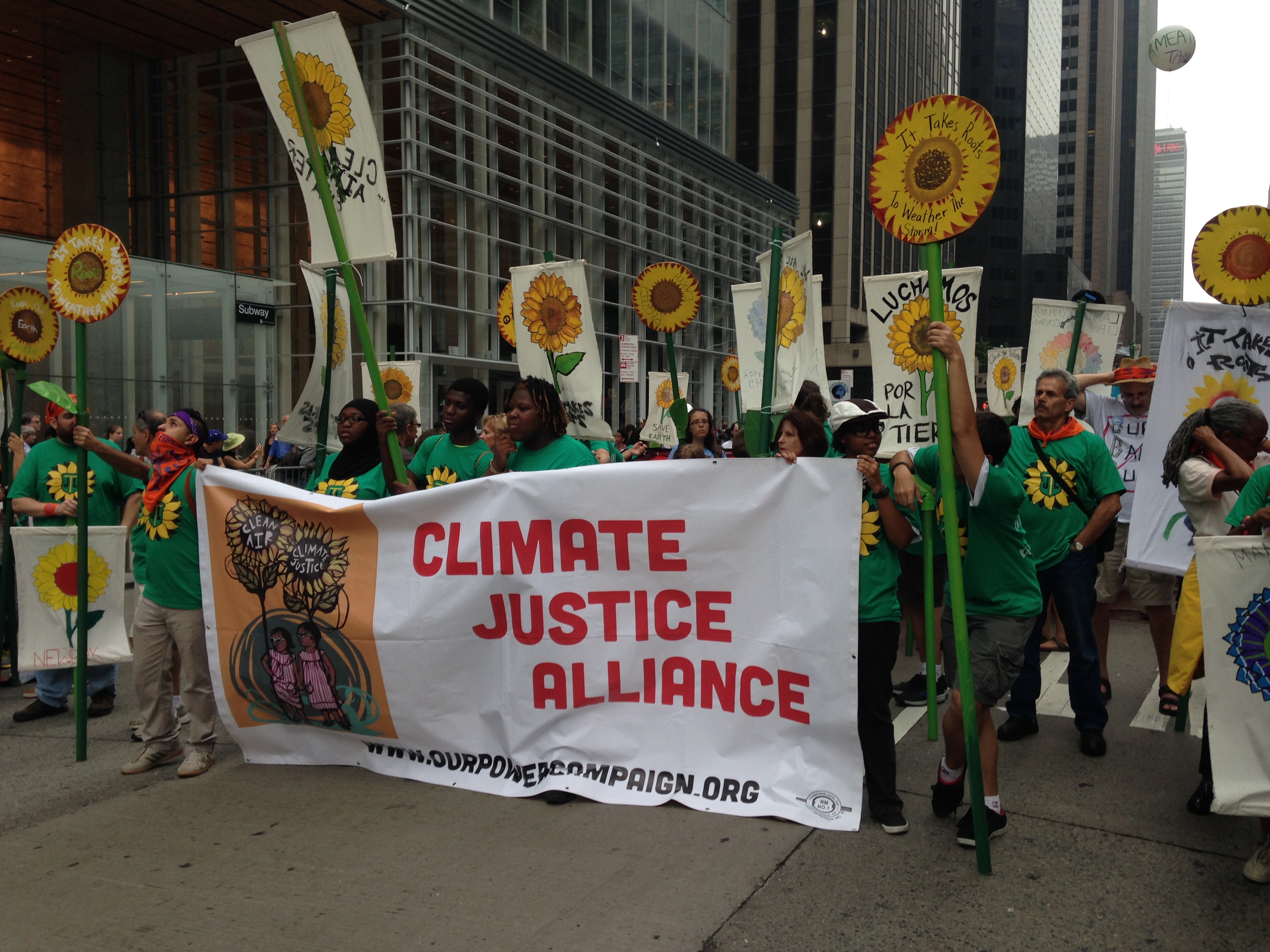 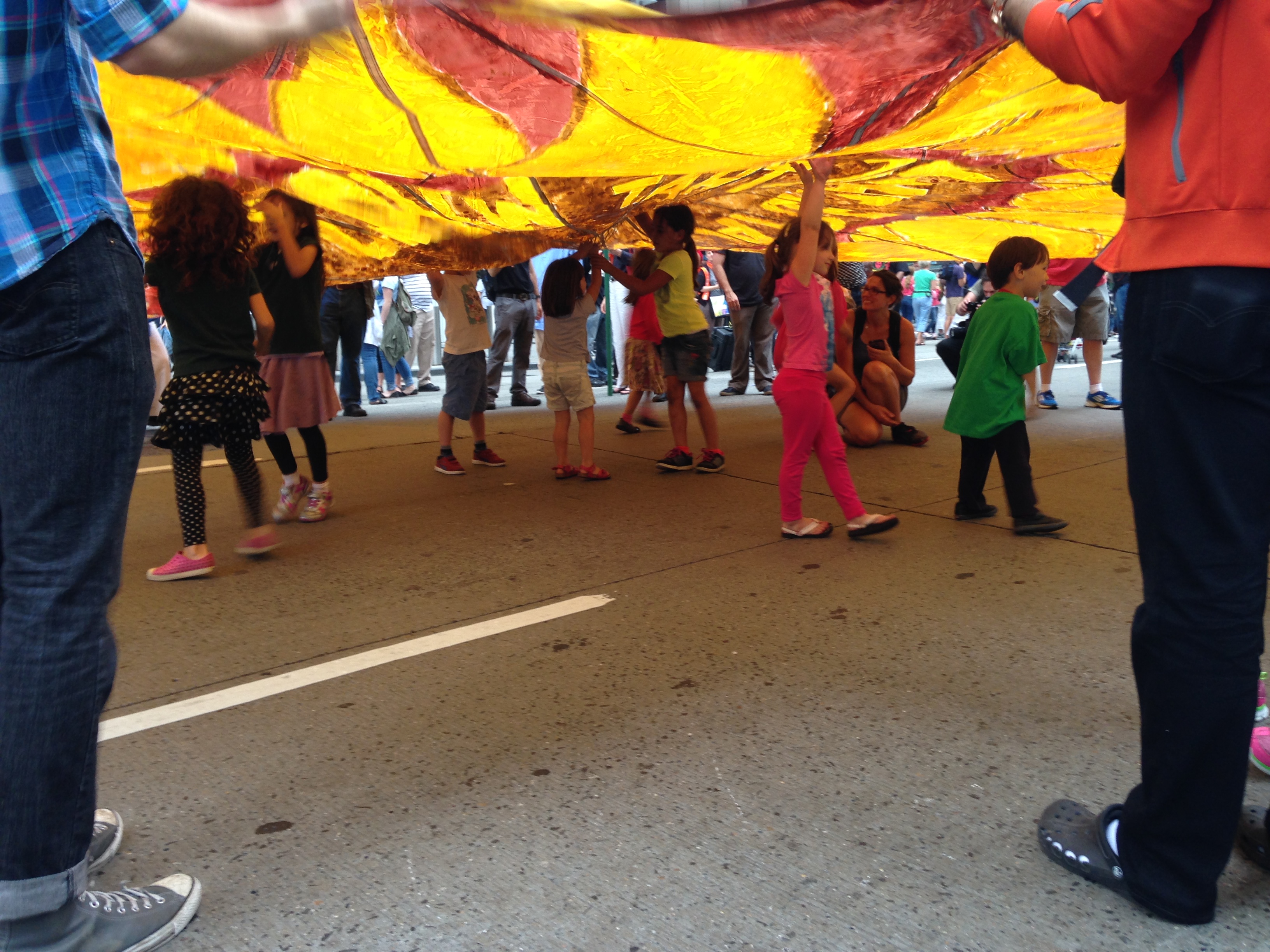 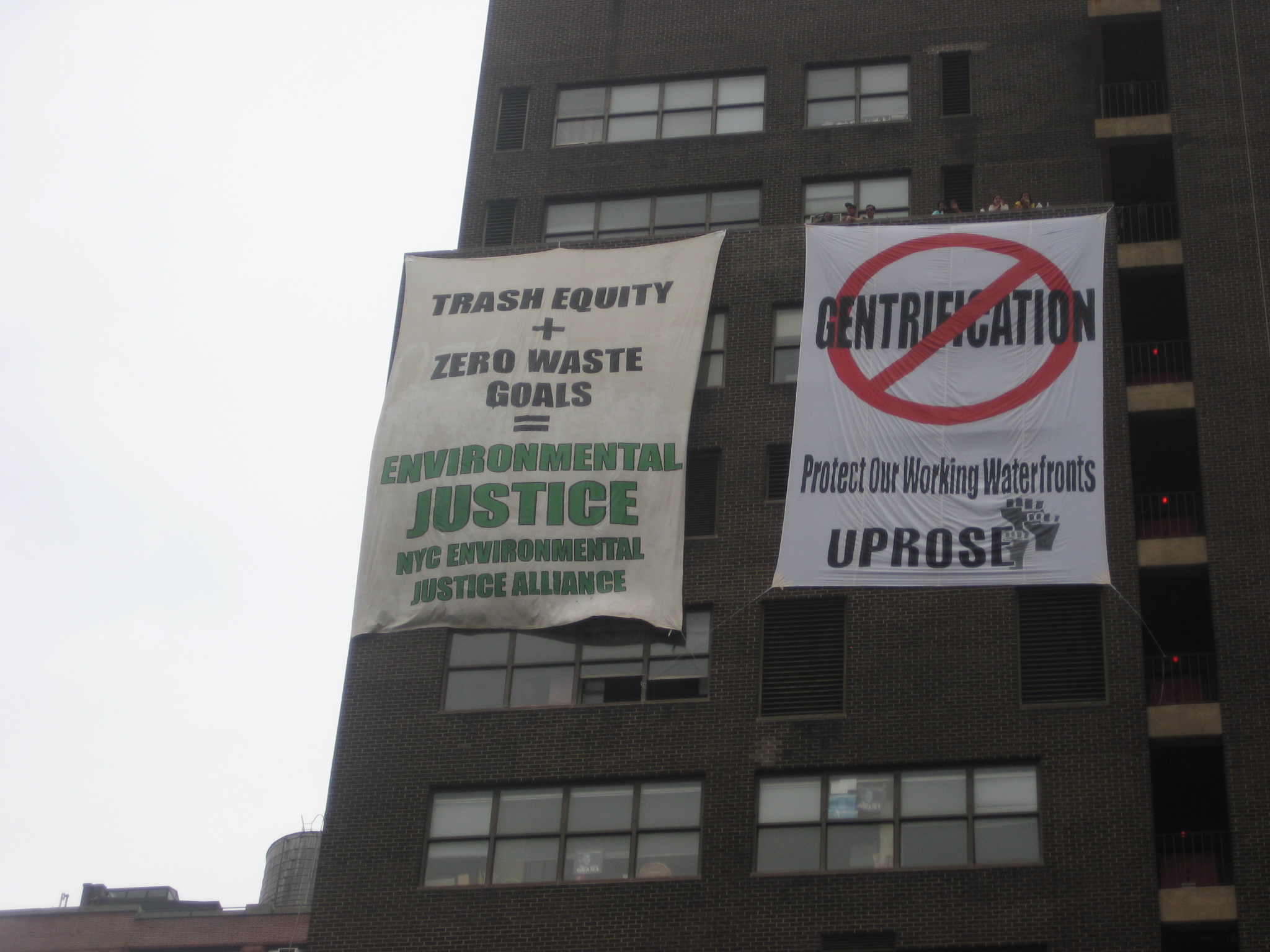 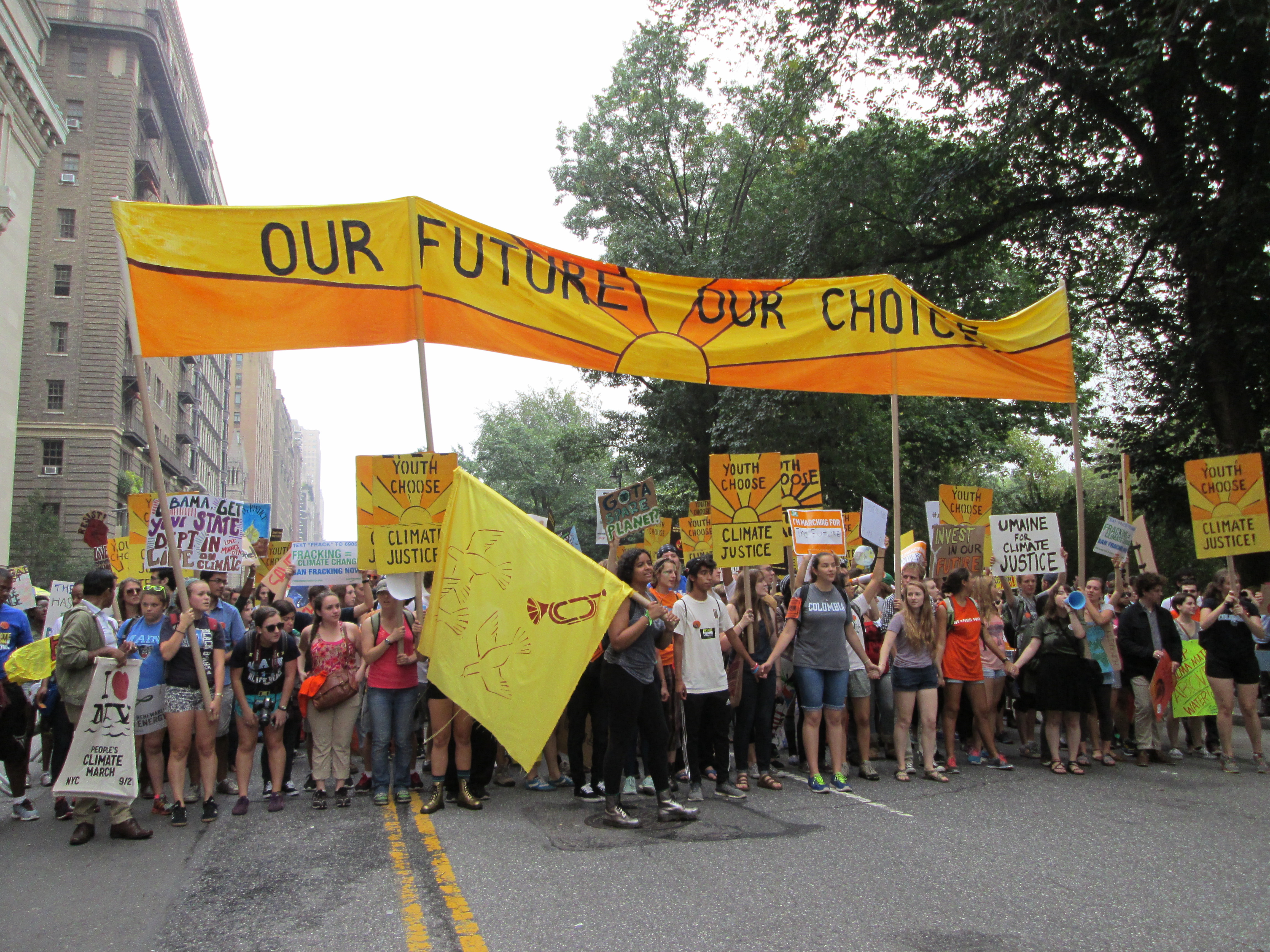 5:00PM: We have a group huddle to plan affinity group structures and expectations for #FloodWallStreet, assessing who will risk arrest and how best to support each other in direct action.

10:00AM: Mass direct action training and speakers before #FloodWallStreet

2:00PM: We are settling down to hold the space with the human flood at Flood Wall St, when we see a contingent of spokespeople from the Climate Justice Alliance make its way through the crowd. Everyone sits to listen as members of frontline communities across the world tell their story, amplified four times over by the human microphone.

3:15PM: Will is on the 35th floor of a building on Broadway, supporting with social media for the #FloodWallStreet action. Out the window he can see the 300-foot banner: “Capitalism = Climate Chaos. Flood Wall Street”.

10:00AM: Dinah is at the People’s Tribunal, in a small church directly facing the UN building where world leaders meet to decide the fate of thousands of communities. In the church, the members of these communities give testimony on their experiences with the extractive economy: from a New Yorker who organized community efforts in the wake of Hurricane Sandy to a Diné woman who is working on the plans for a community-owned solar project to be built atop old coal operations. The podium is crowded with sunflowers and the bright orange Our Power Campaign bandanna: It Takes Roots to Weather the Storm. The rest of Maypop watches the tribunal via livestream.